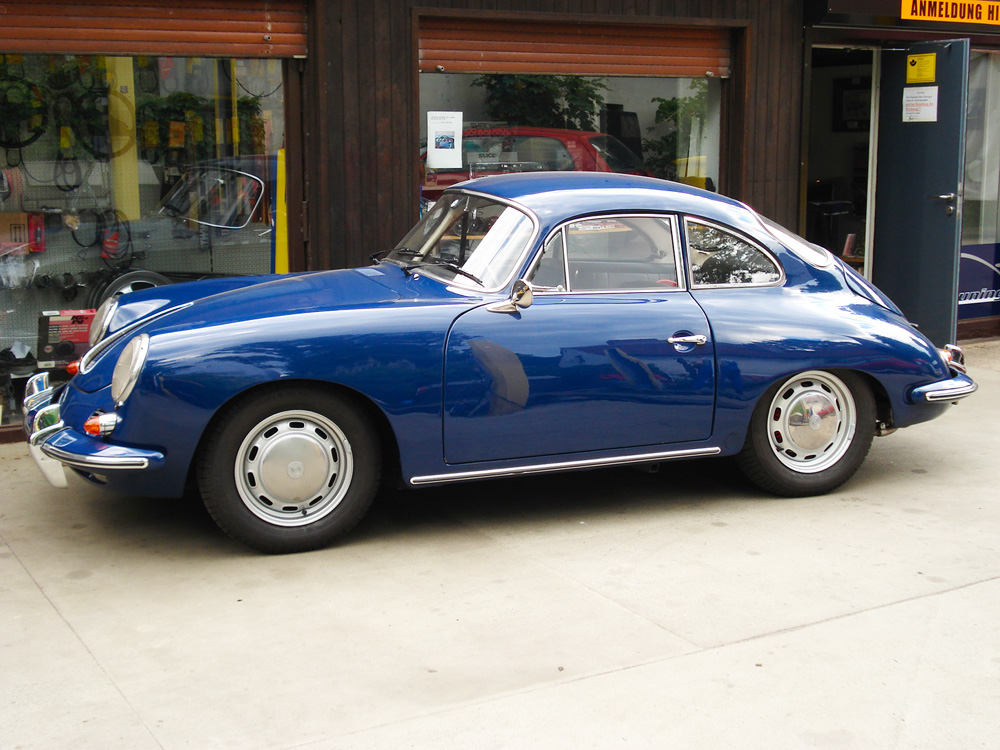 This Porsche 356 SC left on 19th of November 1964 the mill in Stuttgart Zuffenhausen. Until the beginning of the seventies only six owner has been registered in an original paperback letter. 1996 the Porsche 356 SC has been totally restored in our garage.

We disassembled the car and we started with the checking of all components and parts. The inventory after the disassembling showed that the done restoration in the middle of the nineties was done very carefully. Only a tension ring on the splashbord to the trunk, a corroded tail bumper as well as the fastening bench at the fender on the driver’s side must be welded resp. straightened. These damages had been before varnishing.

We had taken a lot of care to the exact fittings of the doors. We had tin-coated some additional material to reach an exact rotating clearance of 3,5 mm to the car body. The result was a perfect fitting to the fender, door sill and lock pillar
There was no penetrative rust under the old albert-blue varnishing on the tools, rebates or in the hollow spaces. Only the underseal was partly flaked off due to the bad adhesion on the restored underbody. This was removed with a steam jet. After that the underbody was treated with a rost protection varnish (POR15) then with underbody protection (Perma Film) and finally with an additional protection (spray wax) 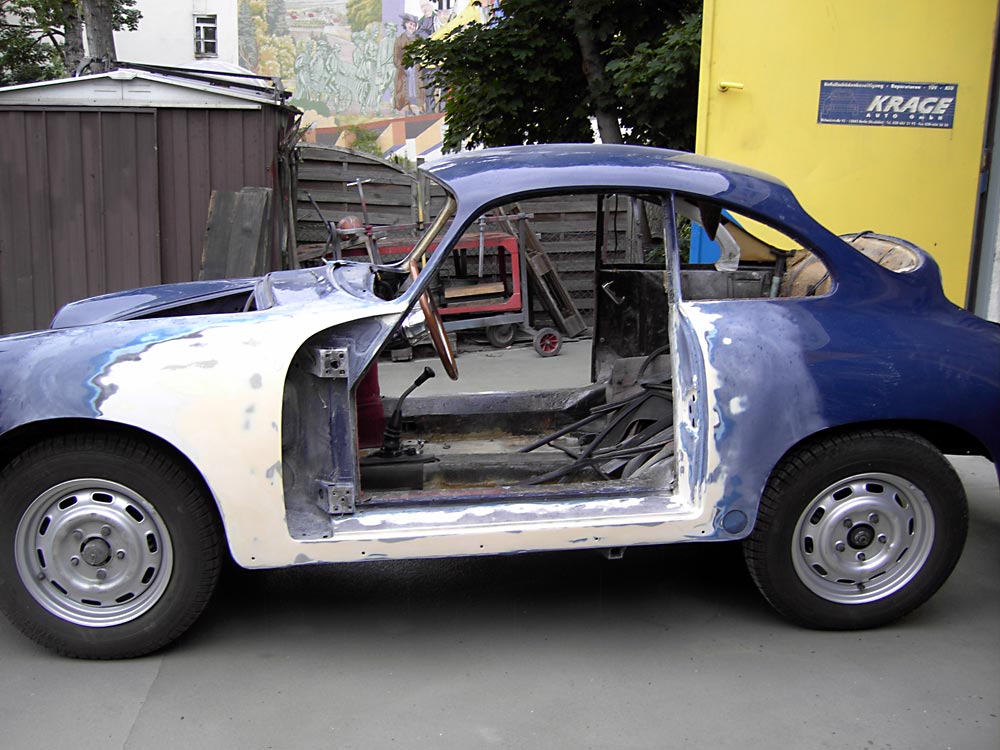 We removed the 95 horsepower engine which was undisturbed until now incl. the units, checked all and assembled it. The engine which was undisturbed until now incl. the units had been checked and assembled it. We renewed some seals resp. tubes and carburetor. A Hardy fuel pump had been removed some time ago Additionally a new contactless ignition (123 ignition) as well as an oil radiator had been installed. Reason : during longer tours (for example on motorways) the oil temperature at the connecting rod eye exceed always 160 degrees, although the temperature in the oil pan was much lower and showed that in the instrument panel. That leaded to damages at the bearings which were normally very robust four-cylinder engine boxers. For a better control we installed in the dashboard an own produced oil pressure instrument in cooperation with VDO with an original diameter of 62 mm instead of a timer We put the timer beside the handhold on the passenger’s side – a factory produced modification which had also be done by Porsche. We produced and installed a battery cover “Old Style Look” for the 12 V system (for normal batteries)

The components of the chassis had been disassembled, new varnished and 4 new Koni Classic shock absorber at the assembling. The customer also wanted the assembling of an original used compensation spring in the 356 B Super 90 and Carrera on the rear axle which press the less charged inside turn to the floor to reduce an oversteering.
The braking pipes had been replaced by steel flex pipes, at the pillar a hardy disc had been placed and the 4,5 inch rims had been replaced by finished 5,5 inch rims from Kronprinz.

The skirtings of windows on the driver’s and passenger’s side as well as some decoratives of the interior (seat SitzbeschlÃ¤ge, gearshift lever and heating lever) had been new chromed. All other decoratives had been replaced by new original parts or reproductions. The door panels as well as the carpeting in the tail were prepared by a saddlery to get a good condition.
The seats were completely bolstered up by a saddler and were upholstered with black leather in the original pipe dart optic. Previously the seat frames had been sandblasted, treated and then powder coated. The so-called
Additionally we had taken a so-called Schlummerrollen Speedometer, tachometer and an instrument panel (VDO) as well as all switchers had been cleaned and restored, a new roofliner had been fixed.

Previously the car body and the assembling parts have been varnished in the demanded original silver colour (6206). After the varnishing we started the assembly of the car. We used exclusively new illuminants. Bumper flanges, hood grip, fancy strips- and frames, door handle and hubcaps have been renewed or have been highly polished to concurate with the new chromed window frames. In the interior we removed the door handles, window cranks and the interior lamps by new parts. We layed a new carpet, an original bouclé yarn carpet, as well as a restored Nardi-wooden steering wheel (original parts of the sixties). The installation of a Blaupunkt radio, model Frankfurt of the year 1964 which had been restored by a specialist and had been originally prepared for an ipod connection (which was not visible) for this restoration.

As a conclusion we got a very close original condition of the classical Porsche 356 SC which can be use daily by done slight modifications like a Hardy-fuel pump, oil cooling system, contactless ignition, buffer spring and which will give pleasure to its owner for a long time. 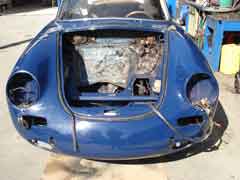 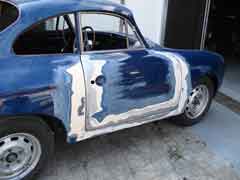 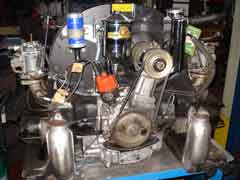 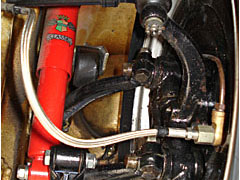 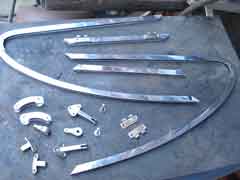 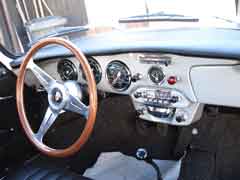 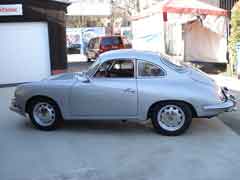