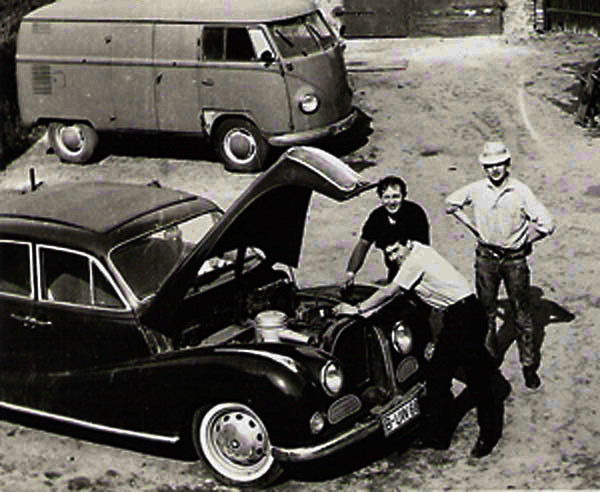 The official birthdate of krage´s workshop was in november 1962 and is still at the same place in the Richardstr. 95.

The owner H.G.Krage brought at this time a very good knowledge from Volkswagen within the shop.

The busines slogan was form the first moment “won´t work is not possible”.
At the beginning they worked in a small garage until they rebuild the damaged walls from the 2nd world war.

The focus was on Porsche from the beginning, in view of the equality between the beatle and the 356.

1967 H.G Krage developed his love to powerboat racing. He had lots of success like winning Geman-European and World -champion titles.

The close friendship to the manager of “König Motorenbau”generates the experience in the workshop and tuning.

1981 the business gained another workshop and paintshop.

1984 Peer Krage joins the place in sport of H.G.Krage with the same success of German-European and World champion titles. Father and son got the highest sports trophy in Germany “Das silberne Lorbeerblatt”

1988 Peer Krage starts his education in the workshop.

In the following years the focus was completly on Porsche.

2005 the unexpected dead of H.G.Krage. He leaves behind a big hole.

Many restoration were following.

We love and live Porsche and we proudly can say that diligence and determination together produce success.

For the success we want to say