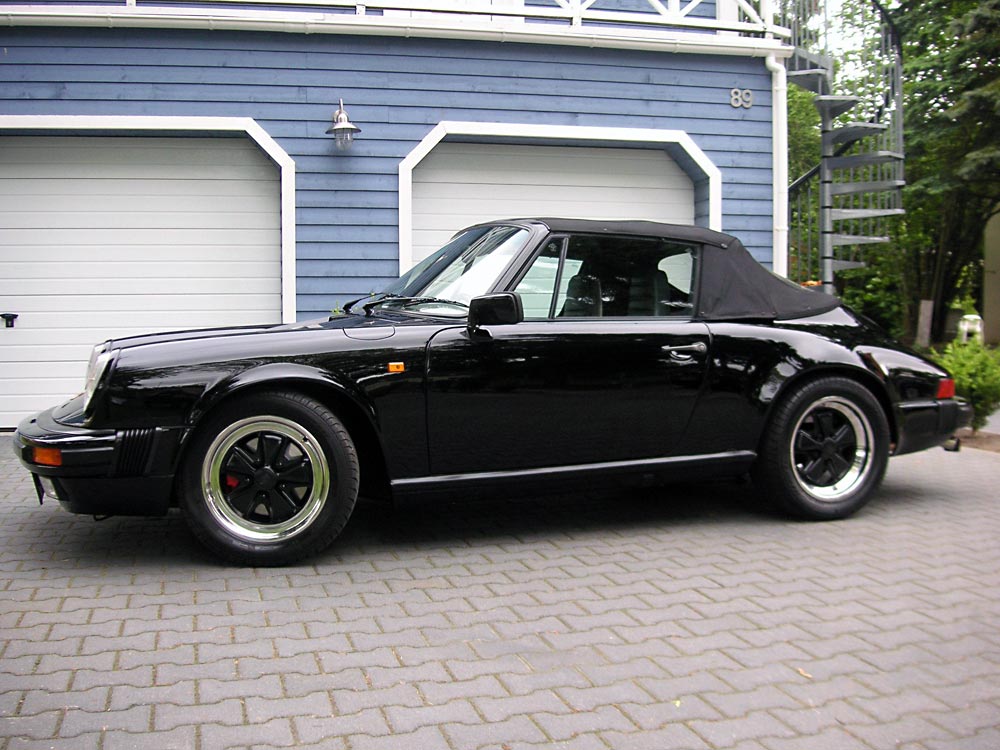 Precleaning of the car boby

First of all we cleaned the underbody and the wheelhouse. We used special steam jet valves to clean also the gaps which were difficult to access. After removing several kilos of dirt the quality of the conservation done by Porsche was obvious, for example, the floor pans as well as the steering knuckles in the back were nearly in a new condition, they had the wax done by Porsche.
On the other side the typical weak spots of the G-model car body: humidity and dirt piled up in 23 years between the lock pillar and the reinforcement of the B-pillar (“Banana”) had corroded on both sides the reinforcements, the B-pillar and the door sill. One of the prevoius owner just worked with the welding equipment, but the welding was inappropriate done like a lot of restoration works, so that the “brown pest” dispread more and more.

The car body was totally disassembled. On bothe sides the, parts of the door sill as well as the reinforcements of the B-pillar beside the original welding seams had been detached, new original parts had been welded in and tin-coate. We also welded and tin-coated the drilled hole of a reinstalled antenna in the fender on the passenger’s side as well as the perfortion corrosion in the fold under the engine hood and at the endspitze of the passenger’s fender. The reinforcements on the B-pillar which are difficult to access afterwards were treated immediately with a body cavity preservation.
In the front and backmost wheel houses the protection coat was renewed by a high elastical bodyplat-coating and had been colour-coordinted to the original coating. Also the oil tank, damaged by a road stone from the rear wheel had been coated with this material and black varnished to better protect the daily use in the future.
After disassembling, cleaning and restoring of the brake system, the brake caliper new varnished (different from the original in red) as well as the usual brake pipes had been replaced by steel flex pipes on customer’s demand the car body came to the varnisher for the following works to protect the original for rims to Design90-wheels.

The varnisher removed very carefully the arisings, removed the roughness with spackle and put on the varnish in several processes. It took a lot of time to hardening the varnish between the work processes. Each process had been finished wit a clear varnish. The result is amazing!

After the varnishing the car had been assembled step by step. The carful workmanship was great : the clearance and the fits on the doors and hood were optimal! During the assembling all sealings on doors and hoods as well as weatherstrips and gaiters to the changeover to the fenders and bumpers had been renewed. All cable connections between the car body and the doors had been replaced by new wire harness. At the end a new windshield had been installed as a concession of the applicance of the follow-up model Carrera with integrated antenna.

The engine was completely disassembled, restored and on demand of the customer equipped with the hydraulic chain tensioner of the 3,2 Carrera engine.As the gear has only be sealed and adjusted the restoring works at the engine were very extensive. Inlet and outlet valves as well as the valve stem guides and the piston ring, the main bearing exchanged and the stud bolts replaced and also the hydraulic chain tensioner of the follow-up model.

The heat dust shield between the cylinders as well as the engine cover and the engine bracket had been new varnished. Additionally the ancillary units like the dynamo, the injection pump and the oil pump had been cleaned and checked, but there was no restoring necessary.
Finally the exhaust renewed in summer 2005 was completed by a new front muffler and a new connection pipe (both of stainless steel) and new sealings and brackets.The original heat exchanger had been removed against stainless steel models by the previous owner, so that the car has a highly qualified and long-lasting exhaust gas system.

We made no compromises in the interior : the tachometer which was full of dirt and dust had been restored by VDO. Dashboard : seats, door plates with end strips and central console had been disassembled and had been restored in the original grey-green condition by a leathr treatment. Finally, we sticked in a carpet (lane-rope velour). The heater lever on the center drive shaft humb bleached out by the sun was renewed.

After varnishing (rim star) and polishing the 16-inch fox rims (the rim well) the 24 year’s old car presented itself in a nearly new condition. An impression which had been detailed confirmed by renewed screws, clamps and tubes as well as the cables loops.
Several test drives were done to do the calibration and adjustmensts works and a complete cavity sealing and the coating of a new wax protective film on the underbody and in the wheelhouses.Conclusion : after only six month of restoring we presented our customer a technical and optical car which had been similar to a new car which also in comparision to the original condition of 1983 had been optimized suitably for daily use (hydraulic chain tensioner, steel flex and brake pipes).
And one important point for the customer the restoring had been done in an economical advantageous way, so that the customer always get back his expenses by selling the car.The owner is very glad to have driving pleasure of several decades.
Who has driven one of the rarely Porsche 911 SC Cabrio with its rough engine and the 915 gear with its long feed path knows that this is not only a sport car but a real Porsche classic. 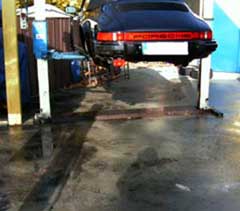 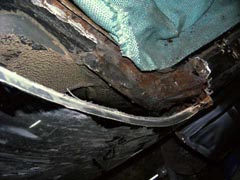 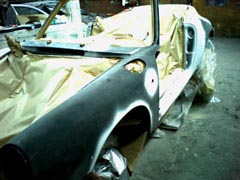 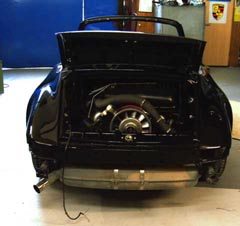 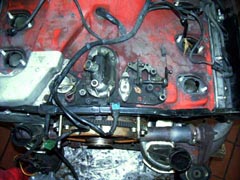 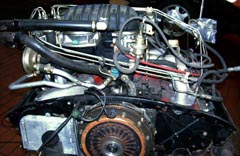 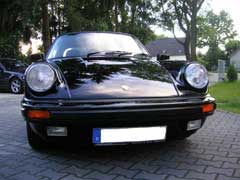